Wiebke Schloemer, IFC Director for Europe and Central Asia, shared the details regarding the construction of a solar power plant in the Navoi region and endorsed the views on the potential of renewable energy production in Uzbekistan. 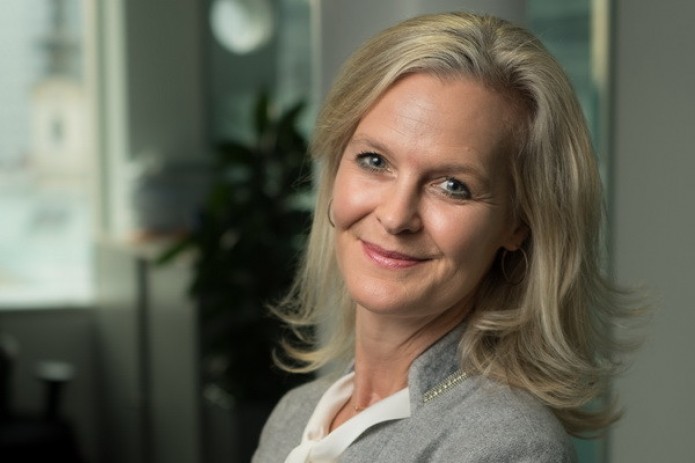 IFC is helping Uzbekistan with a new solar plant in the Navoi region. Can you please tell us about the project and elaborate on IFC’s role?

As a transaction adviser, IFC helped the Ministry of Investment and Foreign Trade and the Ministry of Energy design and tender a public-private partnership (PPP) to develop a solar plant in the Navoi region. After a competitive tender process, in October 2019, the contract was awarded to Masdar Clean Energy of the United Arab Emirates. The company bid to supply solar power at just 2.67 U.S. cents per kilowatt hour, one of the lowest tariffs in emerging markets.

The country’s first-ever competitively tendered solar power PPP was structured under the World Bank Group’s Scaling Solar program, a ‘one-stop-shop’ scheme for governments to rapidly mobilize privately funded grid-connected solar projects at competitive tariffs. Uzbekistan was the first state outside of Africa to join the program.

In addition, Masdar and IFC agreed on a financing package, whereby IFC will be providing long-term debt financing for the construction and operation of the plant. This is a crucial milestone for construction to commence. The package includes loans of up to $20 million from IFC and up to $20 million from the Canada-IFC Blended Climate Finance Program, plus interest-rate swaps from IFC for all of the debt. In addition, the Asian Development Bank provided $20 million in financing. The World Bank provided a $5.1 million payment guarantee in support of the newly established state-owned power utility, National Electric Grid of Uzbekistan.

Being the first-of-its-kind project in Uzbekistan, the project benefited from the World Bank Group’s full suite of services – from technical knowledge and innovation to guarantees and financing. Through the Scaling Solar Program, we were able to bring together our institutions, investors, and the government of Uzbekistan to efficiently mobilize private capital for this first grid-scale renewable energy project in the country.

The electricity generated from the new solar plant will be sold through a long-term contract to the National Electric Grid of Uzbekistan. The project will increase the installed power generation capacity by 100 megawatts, powering more than 30,000 households and mobilizing nearly $110 million private and commercial capital financing.

The project will have an enormous effect on renewable energy development, leading to many more PPP projects, opening new markets for private investment and helping realize the nation’s goal to increase the use of renewable energy.

Could you please elaborate on Uzbekistan’s renewable energy potential and progress in this area?

The government is focused on increasing the share of renewables in power production up to 25 percent of total electricity generation by 2030. And we are pleased to see that the government of Uzbekistan is committed to long-term development and sustainability of renewable energy. Through projects like the new solar plant in the Navoi region, Uzbekistan is clearly determined to transit to cleaner energy sources, deploying the latest advances in solar power technology. The project will support the country’s vision to develop a diverse range of renewable energy solutions that will provide sustainable power for generations to come.

Why do PPPs matter in Uzbekistan’s power sector?

Long before COVID-19, the Government of Uzbekistan initiated an ambitious and broad scale power sector reform plan, which envisions unbundling power generation, transmission, and distribution; tariff reform; and attracting private sector investments in generation. The ongoing pandemic further reiterates the need to increase the pace of implementation of these reforms. This is because reliable electricity supply has become even more critical for sustained medical services, working, or studying remotely, among other aspects of our new normal.

In the coming years, demand for power in Uzbekistan is projected to grow substantially with rapid urbanization, industrialization, and increase of household incomes along with population growth. Once the economy fully recovers from the COVID-19 impact, electricity demand is likely to grow from 63 TWh in 2018 to above 100 TWh in 2030, according to the World Bank .The country needs to rapidly scale up its ability to generate power and PPPs can help allocate private funding for that.

When designed well and implemented in a balanced regulatory environment, PPPs can increase efficiency and sustainability to the provision of public services and attract foreign direct investment. It also matters because PPPs—in which the private sector can provide significant amounts of project financing—can help with transfer of skills and know-how in addition to providing budget relief for governments.

How else may IFC cooperate with Uzbekistan to develop renewable energy?

Given the success of the tender for the solar plant in the Navoi region, the government of Uzbekistan—with IFC’s support—launched another tender for additional PPPs for two photovoltaic solar parks with a capacity ~200 MW each in Samarkand and Jizzakh regions in February 2020. The project received enthusiastic response from potential investors with 18 applications. The tender commission determined prequalified bidders to submit a request for proposals, 15 out of 18 international companies have successfully prequalified to the second stage of the tender.

The successful implementation of the tender for the solar plant in the Navoi region has set a precedent for future private sector participation in the energy sector and helped boost investor confidence in the country. A strong interest from high-quality private players to this round of PPPs is a tangible evidence of the progress that has been made.

Going forward, we will continue to support Uzbekistan’s power sector to ensure a resilient and sustainable sector. We are interested in financing wind, clean energy generation from traditional sources, and other clean power solutions.